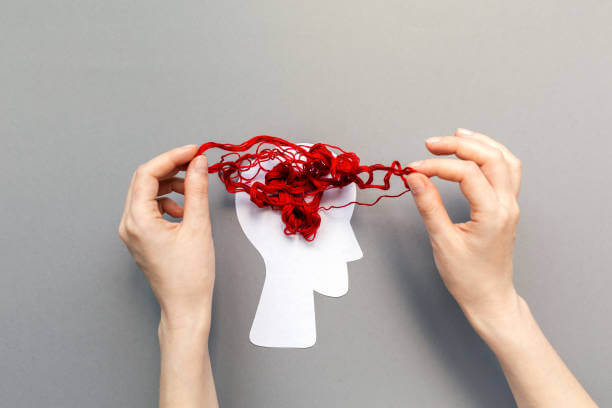 Major depressive disorder is characterized by a persistent feeling of sadness and loss of interest in activities once enjoyed. It may also include changes in appetite, sleep, energy level, concentration, and self-esteem.

Bipolar disorder is characterized by periods of mania or hypomania alternating with periods of depression. It may also include psychotic symptoms during manic episodes.

This is an anxiety disorder that’s characterized by excessive, uncontrollable, and often irrational worry about things that may be accompanied by physical symptoms such as sweating, palpitations, and tension.

OCD is characterized by obsessions (recurrent intrusive thoughts) and/or compulsions (repetitive behaviors or mental acts) that are aimed at reducing anxiety related to the obsession.

PTSD is usually diagnosed after exposure to a traumatic event such as combat, rape/sexual assault, or a natural disaster. It can lead to flashbacks and nightmares reliving the trauma, avoidance behaviors, and negative changes in mood and thinking patterns.

Substance abuse is characterized by the use of illegal/prescription drugs or alcohol excessively and compulsively, despite the negative consequences.

Narcissistic personality disorder (NPD) causes one to have an inflated sense of self-importance, a need for excessive admiration, and a lack of empathy for others. An individual with NPD may have difficulty maintaining healthy relationships due to their inability to empathize with others or see them as equals.

Tremedy offers compassionate mental health counseling services to support and help you manage and overcome difficulties caused by psychological disorders. Our highly skilled counselors are here for you. Being an integrative medicine practice, we are able to look at your problem as a whole and create a treatment plan that addresses physical health issues such as chronic pain, undernutrition, chronic stress, hormonal imbalances, and more. We believe it is only through comprehensive holistic care that patients can achieve lasting healing, relief, and recovery.

For any questions or to schedule an appointment with us, call our office today at (404) 953-0848 or use our convenient online request form. Our friendly staff looks forward to being of service to you.

Let us know how we are doing.

See what our patient community has to say about our care and service.